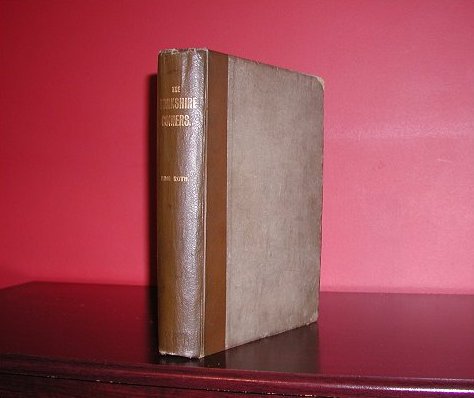 "The Yorkshire Coiners" (a somewhat misleading title - see below) was written by H. Ling Roth, and published in 1906. The book contains well over 300 pages, along with 25 plates, 233 illustrations and a massive index of names. In order to give you some idea as to the contents of the book, the list of contents is given below, following the review of the CD.

The following are available to help you ascertain the contents of the book:

The full title of the book is "The Yorkshire Coiners, 1767-1783, and notes on Old and Prehistoric Halifax". The book is divided into 3 parts:

A short review of the Book by Susan Johnson:

I was recently lent a copy of this book which apparently now is quite sought after, so it was pleasing to find that Colin had reproduced it on CD. The book is well worth reading giving a good all round view of Halifax past. It’s a book to keep going back to for more interesting facts.

The first section of the book gives a good account, using extracts from the papers and letters of the time, of the rise and fall of Yorkshire Coiners; not just our local Cragg Vale Coiners. Descriptions of people suspected of coining, murder, witness statements, trials and the final outcome - death. This part of the book also discusses the state of the coinage and currency of the time and the government’s policy towards “clipping”

Part two tells of the ancient history of Halifax and is interspersed with sketches of old Halifax . Did you know that most wives of respectable inhabitants brewed beer. If they exceeded their quota 4 times they were sent to the pillory. The price of bread was also set and the offenders treated in the same way as the brewers. In 1450 games were made illegal, dice, bowls, football and other illegal games were played under pain of penalty of 12d per offence. Trade, Civil Wars, house building, gibbet, the Piece Hall and old Halifax families are to be found in this section.

There then follows a fascinating section, with sketches covering - Ladies Hairdressing – “New invented cushions for ladies to dress their own hair without pins”, Milk of Roses for instantly taking off all kinds of freckles and tans. – “Harmless as the effects of common milk” and a composition to take off superfluous hair from the forehead and eye-brows. There is a chapter on Howcans pottery, the site is still there (I can see it from my window) and remnants of pots can still be found when walking on the hillside.